HOME > NEWS > First order received from a shipowner in Japan for the newly developed 42,000-metric-ton log and bulk carrier TESS42

First order received from a shipowner in Japan for the newly developed 42,000-metric-ton log and bulk carrier TESS42 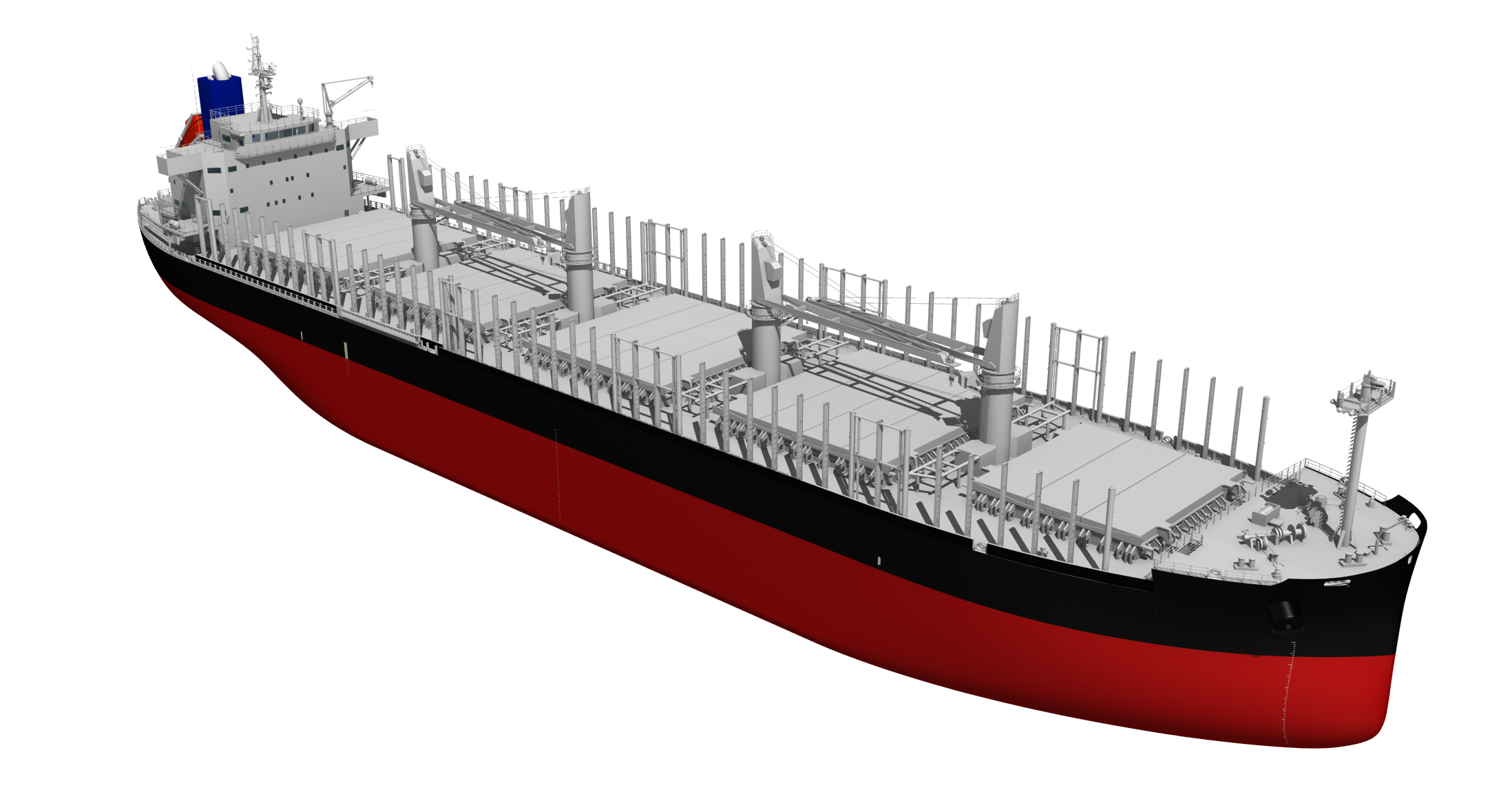 TSUNEISHI SHIPBUILDING Co., Ltd. has received its first order from a shipowner in Japan for several 42,000-metric-ton log and bulk carriers TESS42*. With growing demand for cargo transport due to economic growth in Asia, we foresaw the need for a larger version of the handysize log and bulk carriers and developed this ship model, which maintains the compact size of the TESS38 but has enhanced transportation capability.

The newly developed TESS42 follows the design concept of the TESS38 while improving transportation efficiency, with deadweight capacity increased by approximately 2,000 tons with the same draft and by approximately 4,000 tons at full load. Standard equipment includes a cargo securing device for carrying logs on the deck, making it possible to simultaneously transport both logs and bulk cargo. Like TESS38, this is a very versatile vessel; it is equipped with four deck cranes, wide-opening hatch covers, and semi-box-type cargo holds suitable for transporting steel products.

This vessel, which offers enhanced environmental performance, is in compliance with the NOx (nitrous oxides) emission Tier III regulation and has a scrubber to comply with SOx (sulphur oxides) emission restrictions. With TESS38 as its base, this ship model was optimized to achieve outstanding operational efficiency. Combined with equipment including the newest electronically-controlled engine, it reduces fuel consumption per ton mile by approximately 4% or more at the same draft and same vessel speed of TESS38, thus greatly extending cruising distance. This new ship model has both improved environmental and functional performance.

Our customer chose TESS42 for its high transportation capability and versatility combined with its compact size. The first TESS42 is scheduled to be built and completed at TSUNEISHI GROUP (ZHOUSHAN) SHIPBUILDING, Inc. in China. We at TSUNEISHI SHIPBUILDING intend to expand our sales activities, targeting clients both in Japan and abroad.

*The TESS (Tsuneishi Economical Standard Ship) series: Aiming to develop a highly versatile ship that combines operational performance and economy, we completed the first model of this series, the TESS40 (a 40,000-metric-ton bulk carrier) in 1984. In response to changing times and the needs of owners, we have since expanded the series with variations including the TESS45, TESS52, TESS58, TESS64, and TESS98. With over 400 ships constructed, this is TSUNEISHI SHIPBUILDING’s most popular series, favored by owners both in Japan and abroad for over 30 years.

■ About TSUNEISHI SHIPBUILDING Co., Ltd.
Marking its 100th anniversary in 2017, TSUNEISHI SHIPBUILDING (Fukuyama, Hiroshima, Japan) is the anchor company of the TSUNEISHI Group, which mainly engages in shipbuilding and maritime transport. With manufacturing bases in Japan (Tsuneishi Factory, the HQ) and three overseas factories in the Philippines, China, and Paraguay, the company builds container carriers, tankers, cruise ship, 30,000-ton to 180,000-ton class bulk carriers, and other ships.