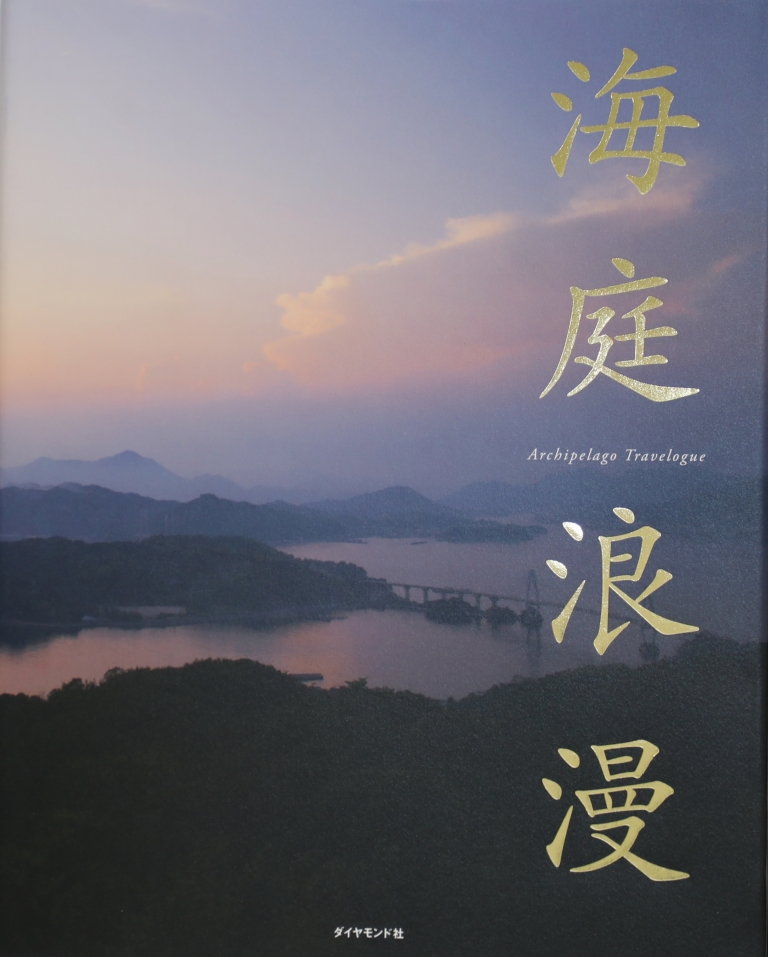 As part of a project to mark our centennial, TSUNEISHI SHIPBUILDING Co., Ltd. (HQ：1083 Tsuneishi Numakuma-cho, Fukuyama, Hiroshima, Japan; President: Kenji Kawano), issued Archipelago Travelogue, a commemorative publication, this spring. Rather than retrace our company history, we aimed to contribute culturally to the community by showcasing diverse topics such as the civilization, culture, scenery, and history of the Seto Inland Sea. This publication was printed in Japanese, English, Chinese, and Spanish (*the Spanish version is a translation-only booklet) and distributed to TSUNEISHI Group companies, especially shipbuilding business segment companies at home and abroad, as well as affiliates. We are now considering making the publication available to local residents and those who are interested in Setouchi by donating copies to local institutions, such as elementary schools and libraries, and selling them at TSUNEISHI Group facilities.

The site of our company establishment is deeply connected to Setouchi. Archipelago Travelogue mainly contains visuals, such as photos of its iconic scenery and festivals and block prints that depict its history. We have increased its value as a source of information by integrating the insights of intellectuals and experts on Setouchi with content that is accessible to the reading public. The Japanese title Kaitei Roman (Adventurous Spirit for the Sea Garden) expresses the lyricism of the Seto Inland Sea, which was designated as one of the first national parks in Japan for its garden-like beauty that is different from the open ocean.

With its striking scenery and mild climate, the Seto Inland Sea has long provided livelihoods of abundance and contributed to Japan’s development as a major channel of political, economic, and cultural exchange with the continent of Asia. By featuring the various aspects of this region that fostered TSUNEISHI SHIPBUILDING, we hope that its diverse charms and value will become widely known in Japan and abroad.

Chapter 1 A History that Began from the Sea
Dazzling photos introduce the seas around the world that cradled civilizations, such as the Aegean Sea, Mediterranean Sea, and Seto Inland Sea.

Chapter 2 A Civilization Nurtured by the Sea
Setouchi commodities have been valued highly since ritsuryo-sei, a historical legal system, was put in place in Japan from the 7th to 10th centuries. As Kitamaebune ships flourished in the Edo period, the Seto Inland Sea contributed to the progress and development of modern Japan. Professor Chihiro Kato views the Seto Inland Sea from the perspective of its support for the area’s inhabitants to the present day with its sea and mountain bounties as well as modern industry.
Contributing writer: Chihiro Kato, Professor at Doshisha University

■ About TSUNEISHI SHIPBUILDING Co., Ltd.
Marking its 100th anniversary in 2017, TSUNEISHI SHIPBUILDING (Fukuyama, Hiroshima, Japan) is the anchor company of the TSUNEISHI Group, which mainly engages in shipbuilding and maritime transport. With manufacturing bases in Japan (Tsuneishi Factory, the HQ) and three overseas factories in the Philippines, China, and Paraguay, the company builds container carriers, tankers, cruise ship, 30,000-tonne to 180,000-tonne class bulk carriers, and other ships.